The Mexican Commission for the Defense and Promotion of Human Rights (CMDPDH), a national organization working for the protection and promotion of human rights, would like to welcome you in your new position as U.S. Ambassador to Mexico. It would be an honor to have the opportunity to work with you and contribute to the U.S. Embassy strategy on human rights in our country.

As you are well aware, Mexico is currently suffering a grave human rights crisis. This was confirmed by the United Nations High Commissioner for Human Rights and the Inter-American Commission of Human Rights (IACHR) after their respective visits. They agreed that the rife insecurity, violence and impunity, as well as alarming statistics on murdered, disappeared, internally displaced and tortured persons are a cause for extreme concern. This is especially worrying considering that the country is not involved in any recognized armed conflict.[1]

In the last decade, there has been a widespread increase in serious human rights violations and there is even reasonable basis to believe that crimes against humanity have been committed throughout the country.

Torture is generalized in Mexico and is systematically used as a means of punishment, investigation or to obtain confessions by the police or the armed forces.[2] Between December 2006 and December 2014, 4,055 torture complaints were received by the Attorney General’s Office in Mexico (PGR), of which 1,273 corresponded to complaints made against military personnel. Similarly, official statistics report over 28,000 cases of disappeared persons, many of which have been committed by public servants in the context of the current public security policies. As an addition to these current cases, 797 documented cases on forced disappearance during the so-called “Dirty War” have not been solved.

On the other hand, in June 2014, the UN Special Rapporteur on extrajudicial, summary or arbitrary executions, stated on his final report on his mission to Mexico that during the administration of Felipe Calderón (2006-2012) 102, 696 intentional homicides were reported, of which 70,000 were related to the drug war. Nonetheless, from December 2006 through the end of 2015, over 150,000 people were intentionally killed according to government figures. Evidence strongly suggests that this increase was driven by organized crime violence and the state’s security strategy, which has relied on an indiscriminate use of force.

CMDPDH has also collected information that indicates that between 2011 and 2015, 281,418 persons have been internally displaced in various states of the Mexican Republic as a consequence of violence. With deep concern, we have observed that people forced to displace internally do not have access to institutions or mechanisms for their assistance or protection; moreover, local governments do not have the capacity or the will to guarantee and protect the rights of this sector of the population. Government has been reluctant to both recognize the phenomena and its scale, as well as to instrument public policies to attend victims of forced displacement.

The human rights crisis has deepened with the current administration, headed by President Enrique Peña Nieto. As you are aware, the 2015 U.S. Department of State Human Rights Report on Mexico articulates, “[t]he most significant human rights-related problems [in the country] included law enforcement and military involvement in serious abuses, such as unlawful killings, torture, and disappearances.” Furthermore, the U.S report identifies the serious problem of impunity which results in “extremely low rates of prosecution for all forms of crime.”

Therefore, the most worrying part about the violations described above is that practically all of them remain in absolute impunity. Impunity in Mexico is a structural and generalized problem: 98% of crimes in the country are not investigated. For example, only 15 sentences for crimes of torture have been issued between 2006 and 2015 – despite the 4,055 complaints mentioned above. Due to high-level corruption and the lack of effective judicial independence, investigation and judicial mechanisms do not function appropriately and the government’s response has rather been to harden security policies and increased militarization.[3] Not only does this concrete and resolute State policy violates the rights of the victims and their relatives anew, but it also promotes the repetition of these crimes.

According to the new report by the Open Society Justice Initiative, a pattern of indiscriminate force and impunity exists in Mexico as an integral part of the state’s policy. The report claims that “impunity is a loud signal that crimes against humanity are being committed”[4] and recognizes that the Mexican government has failed to ensure accountability for atrocity crimes, primarily due to political obstruction.

Equally alarming is the denial of Mexican authorities regarding their responsibility on the generation of violence in the country. As the United Nations High Commissioner for Human Rights affirmed in October 2015, part of the violence in Mexico can be attributed to organized criminal groups. However “many enforced disappearances, acts of torture and extrajudicial executions are alleged to have been carried out by federal, state and municipal authorities, including the police and segments of the Army, either acting in their own interests or in collusion with organized criminal groups.”[5]

Bearing this distressing context in mind, we would like to cordially invite you to help us form bridges with the Mexican government in order to identify ways in which we can combat the grave human rights violations illustrated briefly above. We are particularly interested in working to establish democratic controls of public security institutions, and we have strongly been advocating for the international cooperation on the implementation of an independent international body against impunity of human rights violations, similar to the International Commission against Impunity in Guatemala. This would mark a giant leap towards confronting the impunity linked to grave human rights violations and corruption, and thus halt the perpetuating nature of the crisis.

In addition to promoting national participation, we would like to work with you to further international cooperation. We, as a civil society organization, have found that the construction of dialogues with other international institutions, such as the European Union, has encouraged notable progress. For this reason, we are extremely interested in fostering the participation of civil society organizations in the bilateral dialogue between Mexico and the United States, and also in the trilateral dialogue with Canada. By developing such dialogues, we will be able to share knowledge and ideas between organizations from different countries, which share similar socio-political contexts, in order to improve the alarming situation we find ourselves in today.

Therefore, we sincerely hope you will join us in furthering the bilateral dialogue between Mexico and the United States with the aim of addressing the troubling human rights situation in Mexico. We trust that through this relationship we will be able to encourage Mexico to honor its obligations under Constitutional, international human rights and humanitarian law.

We thank you for your attention and express our most distinguished consideration. We look forward to working with you in the future.

[5] Statement by the UN High Commissioner for Human Rights Zeid Ra’ad Al Hussein, after his visit to México, 7 October 2015, p.3. 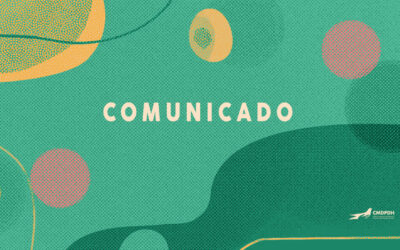 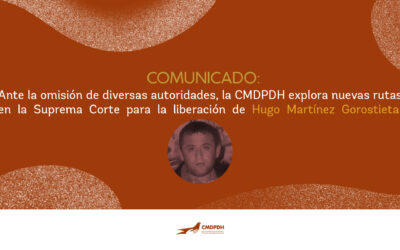